I have some strong feelings about the politics of silent disco.  I have expressed to a number of friends and family members that I think it is a type of suppression of culture.  It exists in spaces undergoing gentrification to limit the types of parties which take place and allow for higher rent to be charged by shitty landlords. Less artistically interesting neighborhoods and communities replace the spaces where we used to be able to go to express ourselves. Another feature which sucks is you have to pay to get the headphones – it turns it into an exclusive activity. Think of how different the vibe is from the jams in the parks or yards of jamaica or the bronx which laid the foundation for this music shit.
Still there are some interesting aspects to it.  The principal one for me is the competition. You have three djs on a stage and three channels of music to choose. The djs and the audience members can all see who is listening to which dj based on the color of the headphones – you have a recipe for a soundclash. I think competition is incredibly important in hip hop culture – really the foundation of hip hop culture. Last night I saw the scene in “the get down” where shao shuts down the disco with the first breakdancing demo which really brings this home. If you don’t think graffiti or mcing are competitive think again. I saw a live graffiti competition in wynwood not long ago (secret walls miami) and king of the dot and URL are doing big things in the Americas while don’t flop and others are making money on battle rap around the world.

Regardless of my opinions when Ant Smith is rocking somewhere I gotta go and support. I even got to play a couple tracks (usher yeah and lil jon get low were my selections). There was a fun opening set from Obnoxiousrich and Latenite with selections reminding me of a trippy turtle or schlohmo-esque vibe. Latenite also hit us with some classic hip hop playing Biggies “Only You” and no I didn’t want it to stop.

Hit the break for more photos or go see ALL of them on Crocmode FB (*and follow the movement!*) 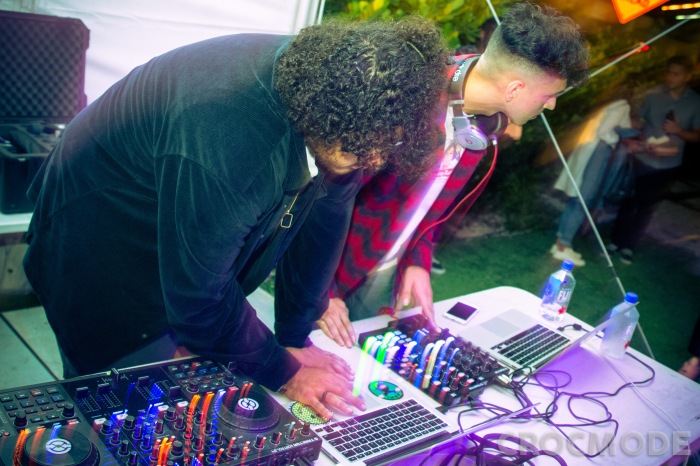 Thinking about buying headphones under the waning gibbous

Posted on May 13, 2017 by Isaac Goldszer in Crew Love, Out and About, Party Photos